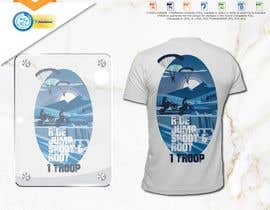 I need a logo designed.

New to this but have heard awesome things!

Intent is to create a company logo / emblem that will go on the back of a t-shirt (for now) ...... with somthing a little more discrete on the front (later)

My vision for Inbetween the moto is something similar to the motorbike pic below and a group of military freefallers/ parachute incorporated into it??

If you can google
“skydive, scuba dive, muffdive” ..... an effect along those lines on the back would be epic......
Like the universal toilet signs but as with a Dirtbike (ride), parachutists (jump), something with “shoot” and maybe the toilet stick figure sign male and female having sex??

I’ll update this ASAP,
But here’s a start point.

Any help would be greatly appreciated!